By intern intern In Blog No comments yet The roads of Western Wisconsin looked a little different when the 250 miles of Highway 35 — now coined “Wisconsin’s Great River Road” — got its moniker 80 years ago.

Cars were changing over from carriage- and buggy-looking automobiles into stylish machines that were rounded and sleeker-looking. Users were liking the new conveniences that came with their vehicles like radios and heat.

The Governor’s office recently presented a certificate commendation to recognize the 80th anniversary of Wisconsin’s Great River Road. Then President Franklin D. Roosevelt established the name “Great River Road” in 1938 for the byway that traveled nearly 3,000 miles through 10 states along the Mississippi River. The river’s proximity results in limitless opportunities for “festivals, amenities, attractions and natural beauty” in the towns, villages and cities along this national scenic byway.

There are plenty of long-time locales along Wisconsin’s Great River Road, which runs adjacent to the Mississippi River from Kieler, Wis., in the south, to Prescott in northern Wisconsin, that have been there for more than 80 years.

Start your engines at one of these classic spots:

The luck of the Irish may be with the Monarch Public House in Fountain City. Billed as the “oldest operating tavern” in Wisconsin, this brick building and business has survived since 1894 even though it didn’t allow women inside until the 1960’s. The Irish-themed bar was considered the domain of the “Odd Fellows,” a fraternal social organization that was popularized in 17th and 18th century England. Now known for its Fountain Brew craft beer and handmade pizzas, the restaurant also serves European classics like Bangers and Mash (breakfast sausages and mashed potatoes). One look at the Monarch’s hand-tooled bar and original tables and chairs will take you back to an era where every family had its own Coat of Arms.

You can be king or queen of your own castle by staying at one of the most fabulous residences in La Crosse known locally as one of the “Castles on Cass Street.” This three-story bed and breakfast, now called Castle La Crosse, was built in 1891 for a local lumber baron. He died before he could enjoy it, but his wife lived there for many years before selling it to the Catholic Church. The stone-covered, Romanesque-inspired mansion is now back in private hands, and you can enjoy its leaded and stain-glass windows, finely carved fireplaces, library, music room and even a turret in case you want to let down your long, beautiful, blonde hair and be rescued.

Eat your curds and whey

Wisconsin and cheese go hand-in-hand, so it makes sense that a business like Nelson Cheese Factory that has been involved in the cheese business for more than a century continues to thrive. Wisconsin cheddar is still sold in Nelson, along with other fine cheeses and sausages from around the world, but they have transformed the business and no longer make it themselves. Now it’s more of a restaurant and deli featuring specialty meats and other gourmet foods. However, if you have a craving for Danish Blue or Fromager d’Affinois, you are in the right place. Get a glass of wine to go with your cheese and head out to the deck and do it up right.

The boat ride for your car

Wisconsin’s Great River Road is a great excuse for a car ride. The Mississippi River is a great excuse for a boat ride. Why not combine the two? The Pride of Cassville Car Ferry served customers as far back as 1833 and continues today. Incorporate a ferry ride from Wisconsin Great River Road to Iowa’s Great River Road and hit two state’s worth of national scenic byways. The bluffs and valleys of today are the same bluffs and valleys that Wisconsin’s First Governor, Nelson Dewey, would’ve seen as he headed over the river toward what became his adopted hometown of Cassville. Visit his 2,000 acre Stonefield estate, owned by the Wisconsin Historical Society, while you are there. 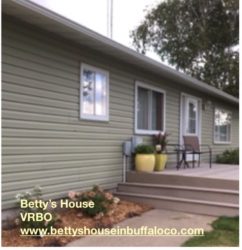