By admin In Blog No comments yet There are plenty of reasons to celebrate healthy downtowns.

A community’s downtown is often where it’s commercial, cultural and civic activities are concentrated. That means we can walk from that cute boutique to a yummy restaurant for lunch without getting back in the car. We might even stop to see some artwork along the way.

Downtowns are often filled with one-of-a-kind, locally-owned businesses. Studies show when people shop at these types of businesses, those purchases have a greater impact on the community because the money is more likely to be used for additional purchases at other local businesses, which further strengthens its economic base.

There are plenty of classic downtowns located along Wisconsin’s Great River Road, which is a 250-mile stretch of Highway 35 running adjacent to the Mississippi River from Kieler, Wis., in the south, to Prescott in northern Wisconsin.

For a retail therapy that can also be called, “supporting the local community,” start your visit at one of these classic downtowns:

This 19th century river town is set on a strip of land that is located between the Mississippi River and some 500-foot limestone bluffs. It is technically only two streets wide, but it packs a punch. Alma invites us to browse its more than 20 shops in a one-mile area downtown, and that doesn’t even include the places you can eat. Known as a mecca for artists, shoppers will find original paintings, folk art, weaving, pottery, photography and wood working – with most businesses owned by the working artists themselves. One of the other neat things about Alma is that birdwatching and eagle spotting is fairly easy, as its downtown is located on the banks of the Mississippi River. Combine shopping, nature and art by visiting Wings Over Alma, a nature center and museum that promotes ethics in the environment. Beginning July 14, its in-house exhibit will feature family grouping of people and animals. Why not take yours?

They love all creatures in Stockholm

This community can boast Lake Pepin as one of its many attractive features, but it’s clear that this village of 66 (at least according to the 2010 census) has a lot more to offer. Founded by Swedish immigrants in 1854, this small community also has a neat little downtown with unique shops, original artwork and tasty eats. It’s clear from its website that it values four-legged friends, too: One group works to spay and neuter feral cats; and another holds an annual adoption event for area shelter dogs. Plus, only two miles north is a famous limestone formation known for a “legendary lover’s leap” more than 200 years ago. The story of Maiden Rock Bluffs has many versions, but they all involve a young woman leaping to her death after she was denied her wish to marry the man of her choosing. This story is very sad, but I also can’t imagine having to marry someone of my parents’ choosing. I’d rather live with a big pack of shelter dogs.

History often comes alive in La Crosse’s downtown thanks to its community organizations and active historical society. Not only are its unique businesses housed in some beautiful historic buildings, but locals often dress the part of 20th century residents for special events. This city has a very large downtown that can’t properly be explored in one day, so you will want to stay overnight in one of its downtown hotels. Resolve to leave your car parked while you visit charming boutiques and eat in delicious cafes. Walk to the free concerts in Riverside Park that are held almost every Thursday night in the summer. Relax and have an adult beverage with friends in a Third Street tavern. Or take in the spectacular views of the Mississippi River. Dinner on a paddleboat anyone?

Head to the original frontier

The second oldest community in Wisconsin is in the midst of revitalizing its downtown, and I’m not referring to the many businesses located along Hwy. 35. Prairie du Chien’s 20-block Downtown District begins on the west side of historic St. Feriole Island and features enterprises that are one block north and south of Blackhawk Avenue. Businesses include restaurants, bars, a bakery, specialty retail shops and other establishments. This community also has free Thursday night summer concerts in Lawler Park, occasional flea markets and farmer’s markets, and an annual War of 1812 Reenactment. And if you love the days of horse and carriage, don’t miss the annual Villa Louis Carriage Classic, which stems from a time when it was home to one of the Midwest’s finest racehorse farms. Giddy up and get there. 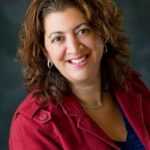