By Megan Kirking In Blog Tags Events , Festivals , Life Along Wisconsin's Great River Road , Things to Do No comments yet 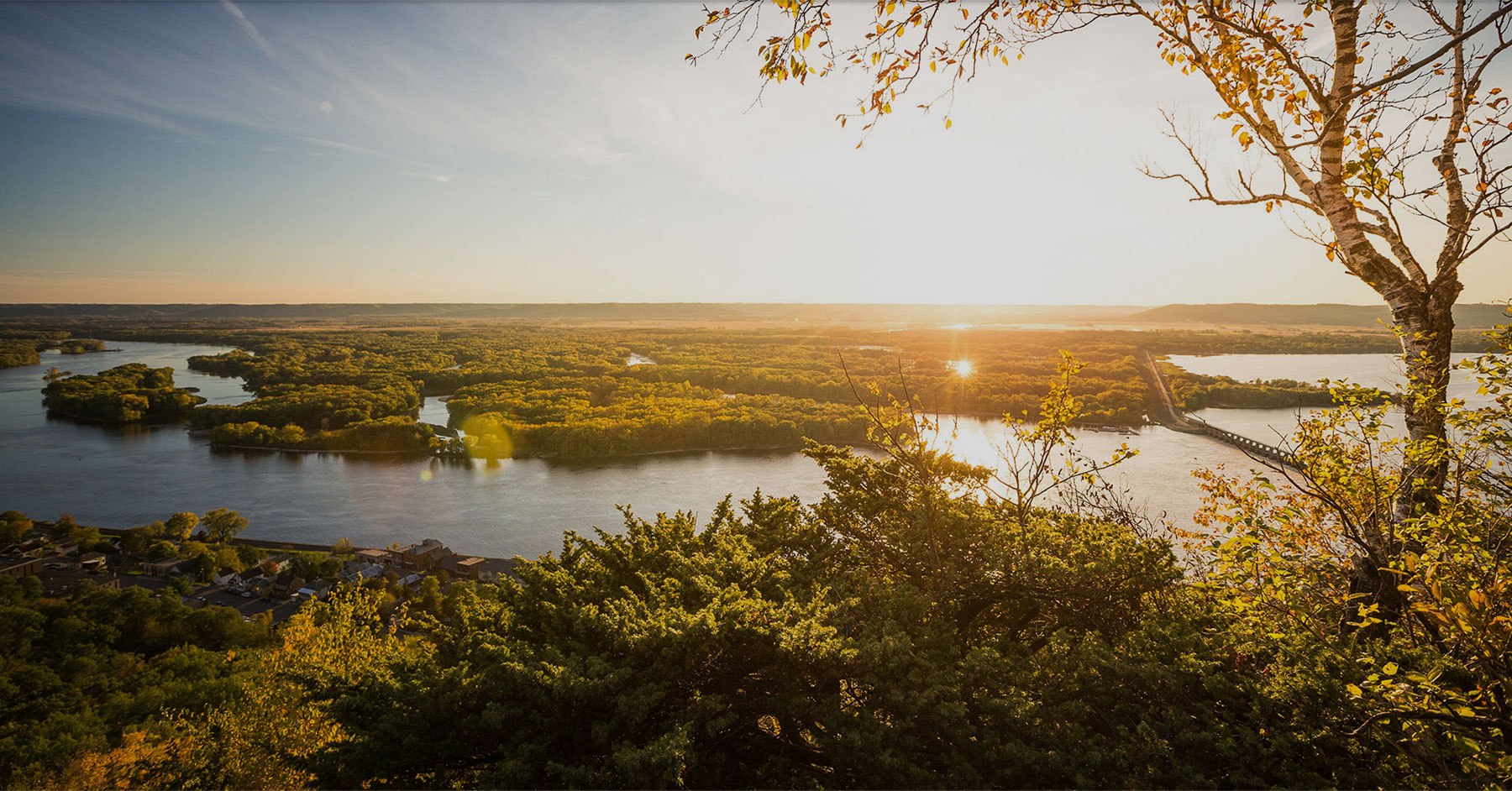 No one does it better than Western Wisconsin when it comes to community-based festivals.

Not a weekend goes by without one of our communities offering fabulous food and drink, as well as live music or other entertainment, so our area residents and their guests can celebrate the fleeting days of summer while enjoying the beauty of the region.

Many of these festivals take place along Wisconsin’s Great River Road, which is a 250-mile stretch of Highway 35 running adjacent to the Mississippi River from Kieler, Wis., in the south, to Prescott in northern Wisconsin.

To properly experience a Western Wisconsin festival while surrounded by nature in all her glory, start your tour at one of these locations:

The Flyway Film Festival was founded on the shores of Lake Pepin in southwestern Wisconsin, and celebrate it’s 10th year in 2017. This annual independent film festival typically features more than 40 films at various locations in Pepin, Stockholm, and Alma, Wisconsin and Red Wing, Minnesota in mid-October. In addition to showing films, the festival features dozens of visiting filmmakers, panel discussions and workshops, as well as a Flyway Kickoff Gala with food and live music on the banks of the Mississippi River. One thing that makes this festival unique is that the winning films are announced at the Kickoff Gala before the festival begins so newbies to the independent film world can make informed choices on what films they want to see. Besides, the tight film budgets typically experienced by independent filmmakers sometimes results in big-time creativity. Maybe you will meet the next Sofia Coppola?

Polka with strangers in lederhosen

La Crosse’s first Oktoberfest was patterned after the Munich, Germany, festival in 1961. Among the highlights are its two parades: The Maple Leaf Parade and the Torchlight Parade. The Maple Leaf Parade is held Saturday morning and draws about 100,000 people on this two-mile parade route in La Crosse. Great marching bands and interesting floats ensure there is plenty of music, clapping and laughing. Take a football, some snacks, some chairs and some drinks, and then stake out a location for several hours of fun. The Torchlight Parade is the evening parade that now marks the official opening of the fest. If you have never attended a parade at night, you must experience it. Listen to the marching bands as its players and instruments pass by, all decked out in glow sticks. The floats are creatively lit up, as well as some of the houses along the route.

Want culture in your fest?

For more than 40 years,talented artists have been coming to Stockholm Village Park overlooking Lake Pepin on the third Saturday of each July for the Stockholm Art Fair. More than 100 juried artists were featured in 2017, and the artwork completed by the Best of Show and Merit Award winners included some delightful pictures, lovely clay pieces, gorgeous jewelry and exquisite wood chairs. The food offered during this event is another reason to go — crepes and wild rice brats and lamb gyros. Organizers encourage you to bring the kids and stay for the entertainment. In 2017 it included some “rootsy and poetic folk” music; some “peaceful and easy” music; and the band Hot Flashes, which provided “a blast from the past served with brass and some sass.”

Step back in time

Held annually the weekend after Labor Day at the Villa Louis (a Wisconsin Historic Site in Prairie du Chien), the Villa Louis Carriage Classic highlights competitive horse and carriage driving. This Victorian estate was built by the family of Hercules Dousman, an entrepreneur who amassed a fortune in the fur trade and other frontier investments. The mansion was recently restored to its 1890s splendor, and was once home to a premier standard bred horse training facility – hence the festival. The Carriage Classic celebrates this era with miniature horses, ponies and horses pulling carriages across the lawn. Expect some participants in 19th Century dress. Timed obstacles will be featured, as will non-divisional classes that include a Carriage Dog Class where entrants are judged on the dogs that accompany their carriage. I guess people were fine with their dogs chasing their vehicles back then.